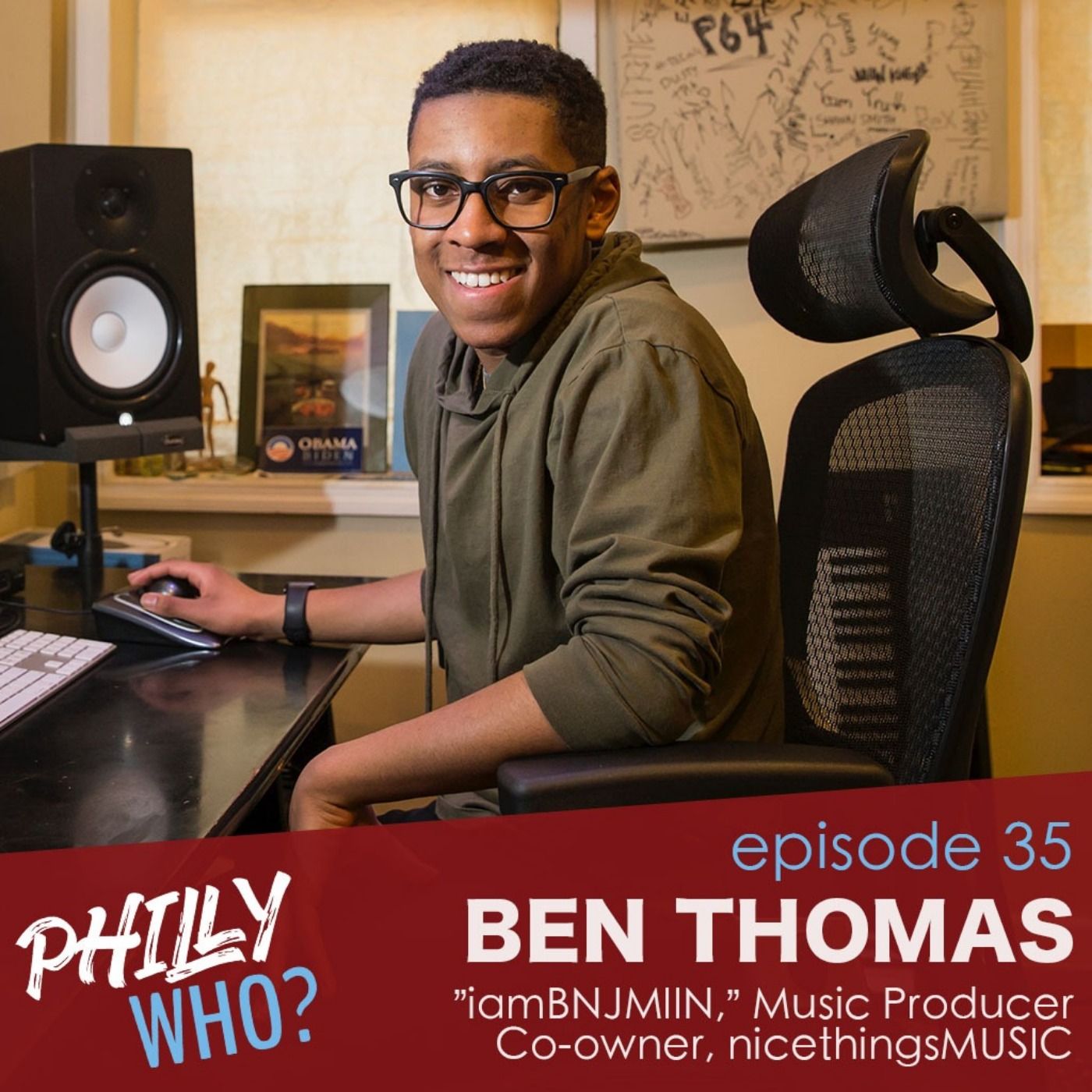 Ben Thomas is and one of most sought after audio engineers in Philadelphia. At only 23 years old, he’s worked with artists such as Brian McKnight, Post Malone, and Lil Dicky. He’s received two Soul Train Award nominations and an NAACP Award Nomination, and he's also the cofounder of nicethingsMUSIC.

In this episode, you’ll hear how Ben originally planned to work in finance on Wall Street. But, as his hobby of recording music evolved into something bigger, he began to put himself out there as a music producer. Pretty soon, opportunity came knocking. To date, he's worked with Ty Dolla $ign, Post Malone, Lil Dicky, Brian McKnight, among many others.

He’ll talk about what it’s like to work with some of the world’s most popular artists, and how he manages to stay consistent. And, we’ll talk about the Philly music scene and why it’s such a great place for up and coming creators to make a name for themselves.