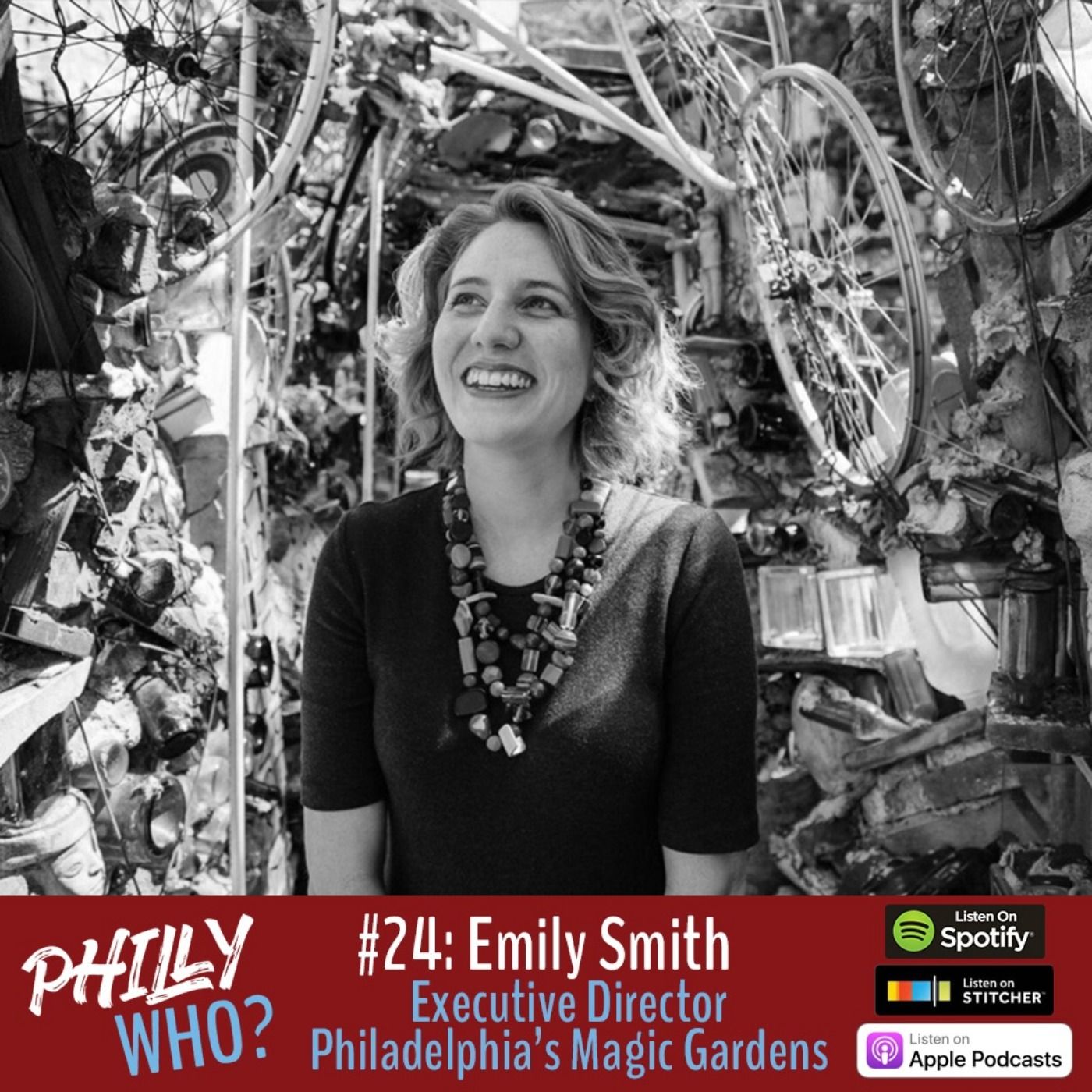 Emily Smith is the Executive Director of Philly’s Magic Gardens, an immersive art environment on South Street that receives over 150,00 visitors per year and showcases the mosaic work of Isaiah Zagar. After spending her early 20s as an artist in New York, Emily came to Philadelphia in 2009 just one year after the Magic Gardens opened to the public. She would get a job there working the front desk, stay for about a year, then move on to North Carolina. But, it wasn’t too long until Philly and the Gardens called her back.

She became the Executive Director of the gardens in 2011, and since then the mosaic labyrinth has become one of Philly’s top tourist destinations. In this episode, we’ll talk about how, for the first few years as the gardens soared in popularity, Emily’s personal art career fell by the wayside. But, in 2015, she was violently assaulted, and she turned to painting to cope.

And, we’ll talk about her mission to protect the art of Isaiah Zagar, who over the past 50 years has created over 220 public art pieces across the city, and how many of which are in danger.