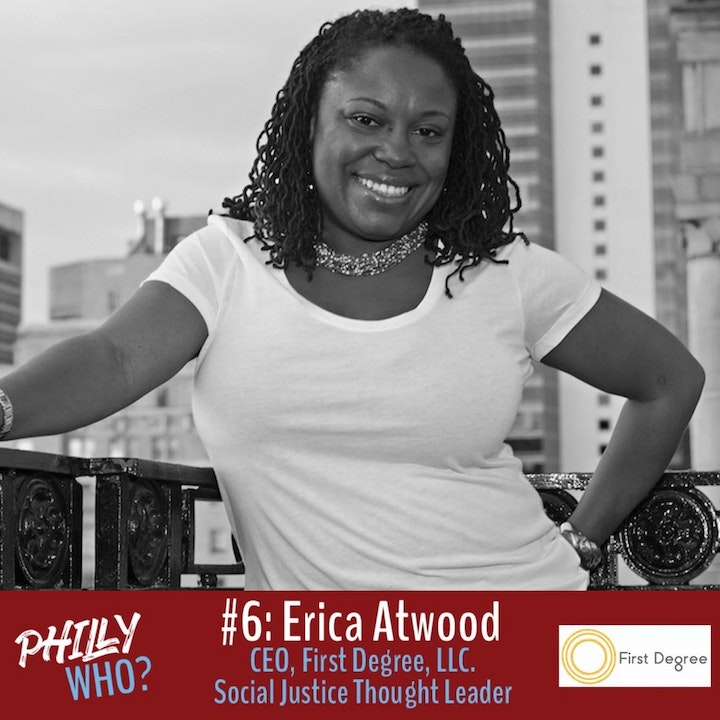 Erica Atwood (@ericainphilly) is currently the CEO of First Degree Consulting, LLC. Erica has served as the interim executive director of the Philadelphia Police Advisory Commission, which is the city's police civilian oversight board. She was the first Director of Black Male Engagement for the City of Philadelphia. She has also led External Affairs & Community Engagement for the Mayor’s Office and was Deputy City Representative serving as a protocol officer and overseeing management of special projects.

In this conversation, we hear stories of her role in the Michael Nutter mayoral campaign, we learn about the lives she's touched in her social justice work, and we talk about the ways in which we can all gain a greater perspective by empathizing and seeing life through another's lens.