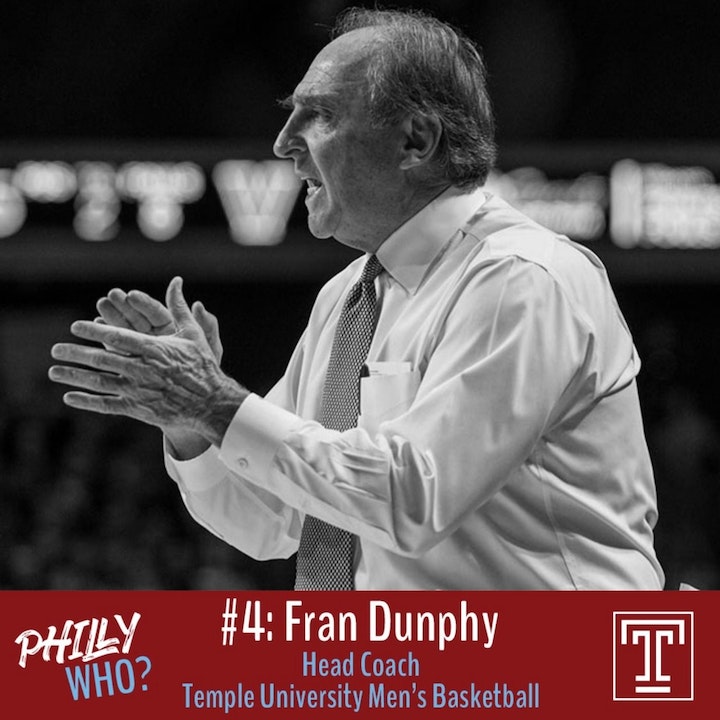 Fran Dunphy has been the Head Coach of Temple University's Men's Basketball team since 2006. Before that, he served as the head coach of Penn's basketball team for 16 years. He's got an M.B.A. from Villanova, and he was a star player and later Assistant Coach at La Salle.

In this discussion, we talk about his journey from being a player to being the most celebrated coach in Philadelphia Big 5 history. He shares what it's like to guide student athletes through the pressures of the national spotlight, and we talk about how the Big 5 has changed since its inception in the 1950s.