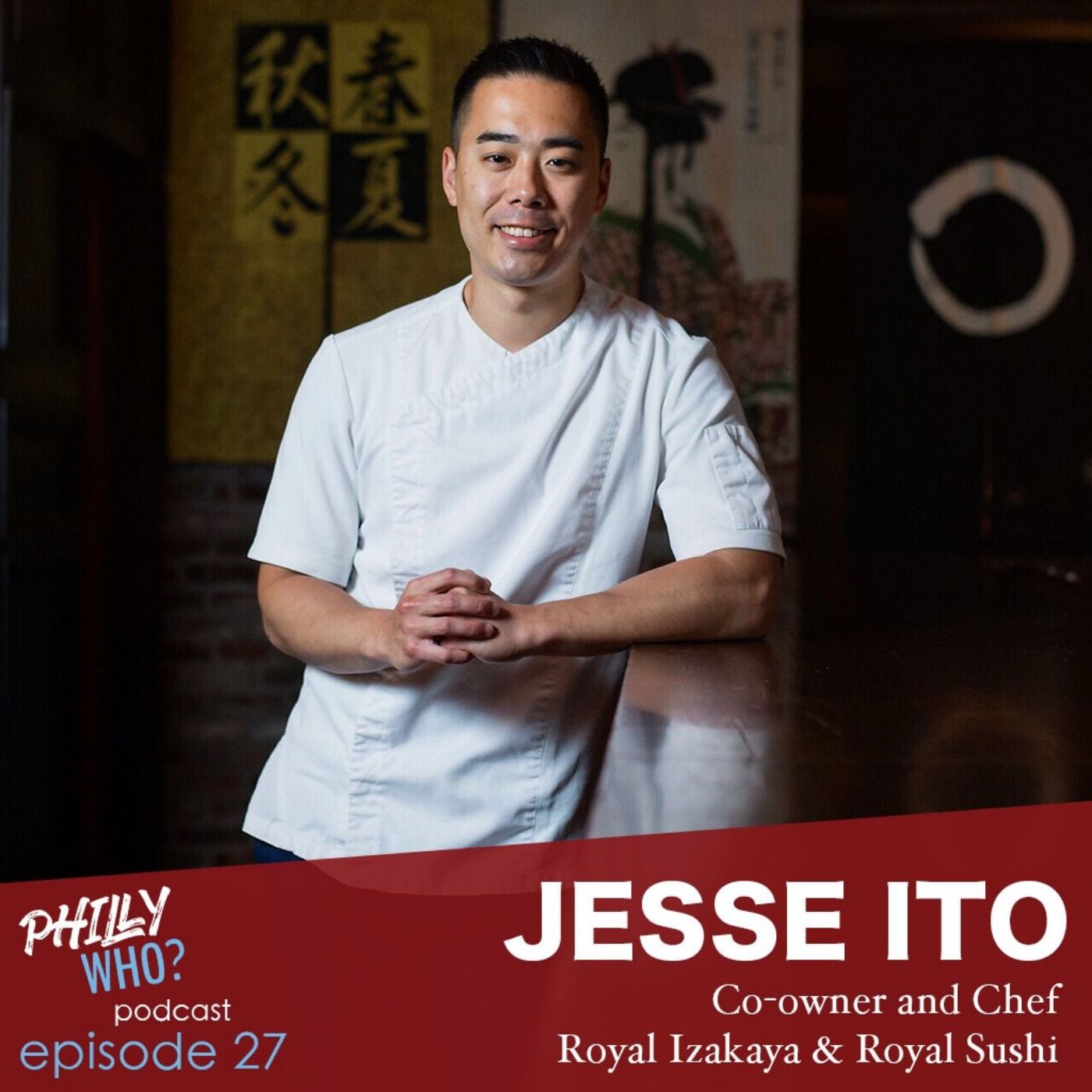 Jesse Ito is the Co-owner and chef of Royal Izakaya and Royal Sushi, a 2-in-one restaurant combo in Queen Village. Jesse’s claim to fame is his exclusive 10-seat omakase sushi bar, which is one of the very few restaurant experiences in Philly to get a 4-bell rating from the Inquirer. In 2017, Jesse was honored by Eater as a Young Guns Award Winner and made Zagat's 30 Under 30 list.

In this episode you’ll hear how Jesse got his start as a sushi chef working at Fuji, his father’s restaurant in south Jersey. When he was 24, Jesse and his family would sell Fuji and go all-in on bringing the omakase and izakaya experience to Philly. That bet would pay off, as 3 years later they’ve received the covered Philly Inquirer restaurant rating of 4 bells.