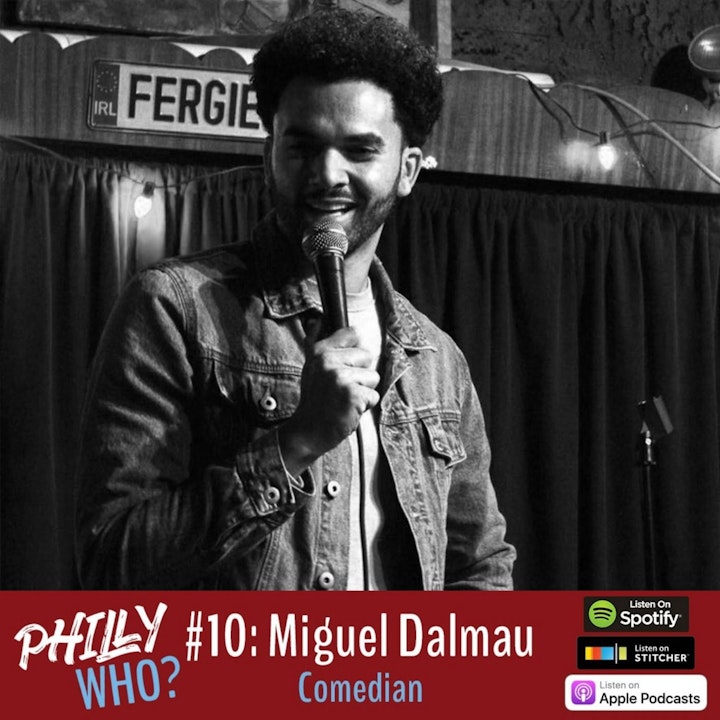 Miguel Dalmau is a comedian who has appeared on TruTV, BET, and MTV. His comedy album, Thank You, That's My Time can often be heard on Sirius XM Radio. He is also the host of the American Immigrant podcast, where he interviews other immigrants who are pursuing their dreams.

In this episode, Miguel chronicles his escape of poverty and an abusive father in the Dominican Republic. He shares his discovery of comedy while growing up in NYC, and how he turned to comedy as a way to get by when he became an undocumented immigrant. We also hear how Miguel has fallen in love with the Philly comedy scene after becoming disenchanted with the state of "imitation comedy" in New York.