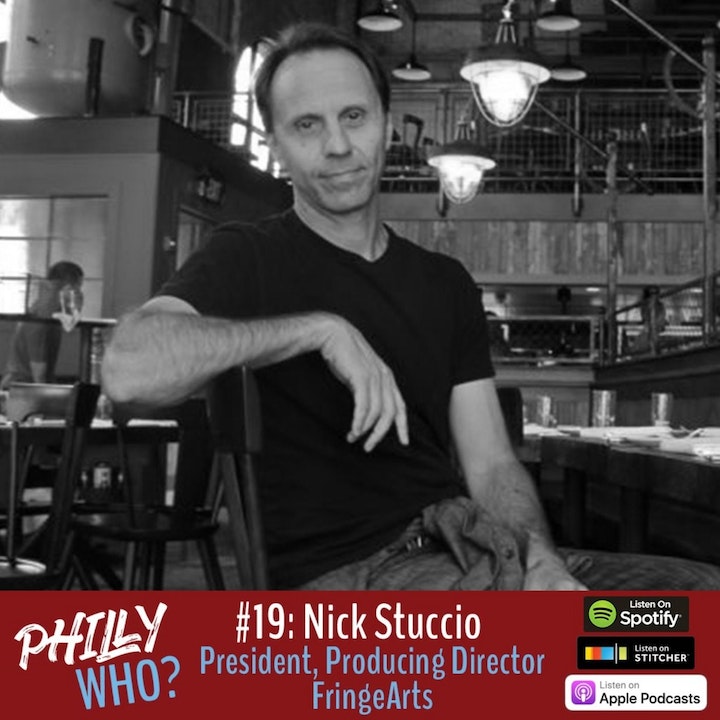 Nick Stuccio is the President and Producing Director of FringeArts, and the creator of the Philadelphia Fringe Festival, an annual city-wide celebration of thought-provoking progressive performance arts. In this episode, you’ll hear how Nick started his performance career as a ballet dancer, and how despite the fact that he didn’t take ballet seriously until he was 18, he quickly found himself thrust into a dance career.

He’ll share the moment his perspective on performance was totally turned upside down, and how he went from valuing tradition and technique to becoming obsessed with contemporary art .

And, you’ll hear the story of how FringeArts went from a small weekend of performances in 1997 to one of Philadelphia’s biggest and most well-known art organizations, featuring a 3-week festival, world-class performances, and a year-round beer garden.