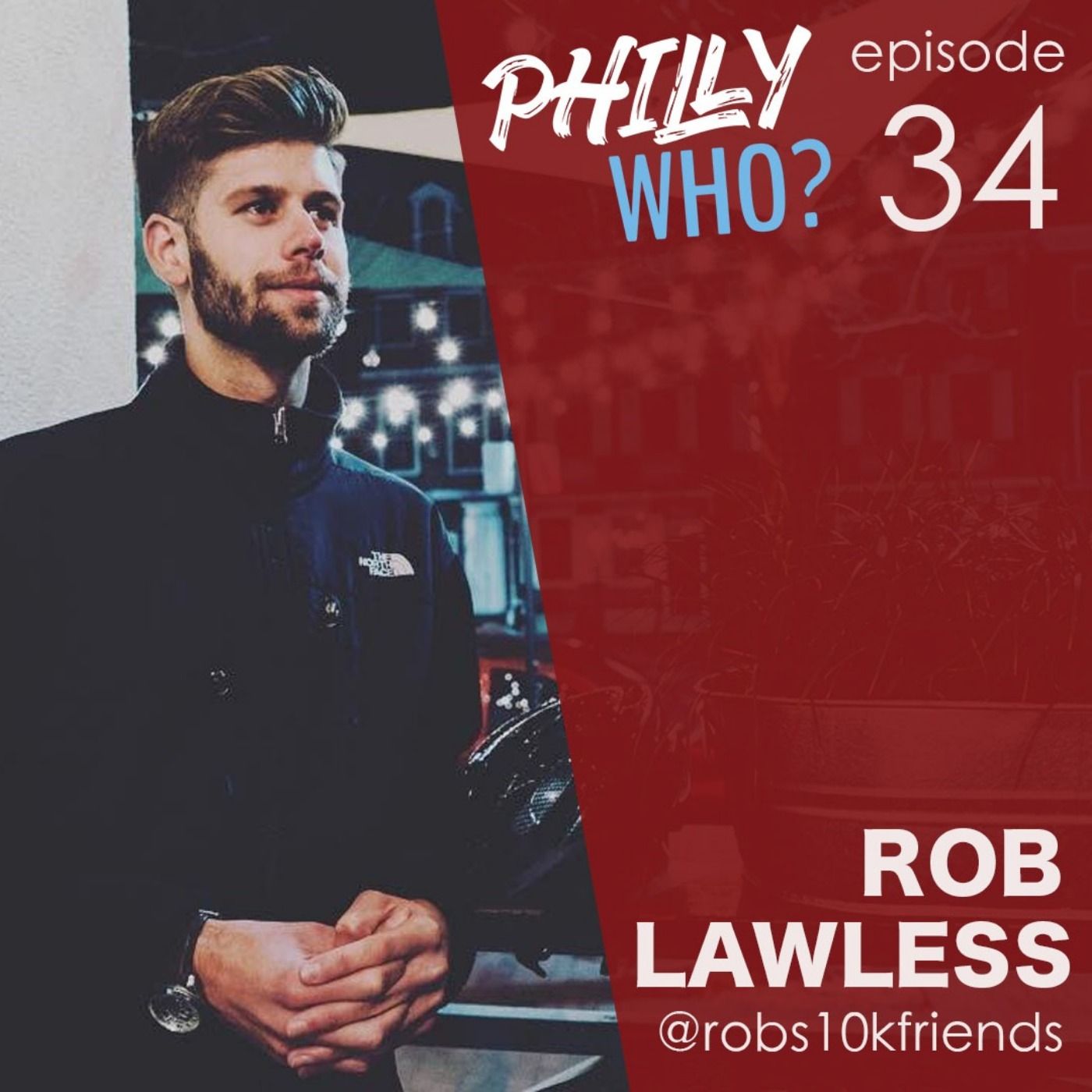 Rob Lawless is a Philly-based influencer who loves getting to know new people. He loves it so much, that for the past 3 years, Rob’s full-time mission has been to meet as many people as he possibly can. His goal is to spend 1 hour with 10,000 different people via his project Rob’s 10k Friends.

In this episode, he’ll share how, after graduating Penn State and bouncing around a couple of 9-to-5s, he didn’t feel like he was on a meaningful path. So, as searched for a purpose, he realized how much he loved connecting with people. He decided to try to meet as many people as he could, and set a goal for 10,000.