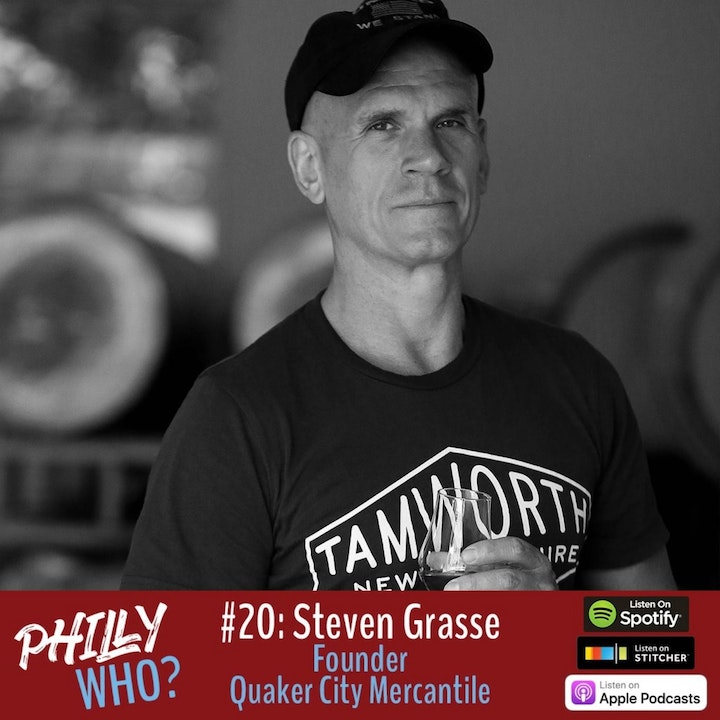 Steven Grasse is the founder of Quaker City Mercantile, a Philly branding agency that focuses on spirits. He and his company have invented tons of products and brands, including Hendrick’s Gin, and Sailor Jerry Rum, Art in the Age of Mechanical Reproduction.

In this episode, you’ll hear how before settling down in Philadelphia, Steve started out in the advertisement industry by creating ad campaigns while living all over the globe. Not long after that, he would create Gyro Worldwide, an ad agency that would quickly establish itself with in-your-face, controversial campaigns that garnered national attention.

And, we’ll talk about how some of Quaker City’s biggest spirits brands came to be, and how they made their way into pretty much every bar of the western world.