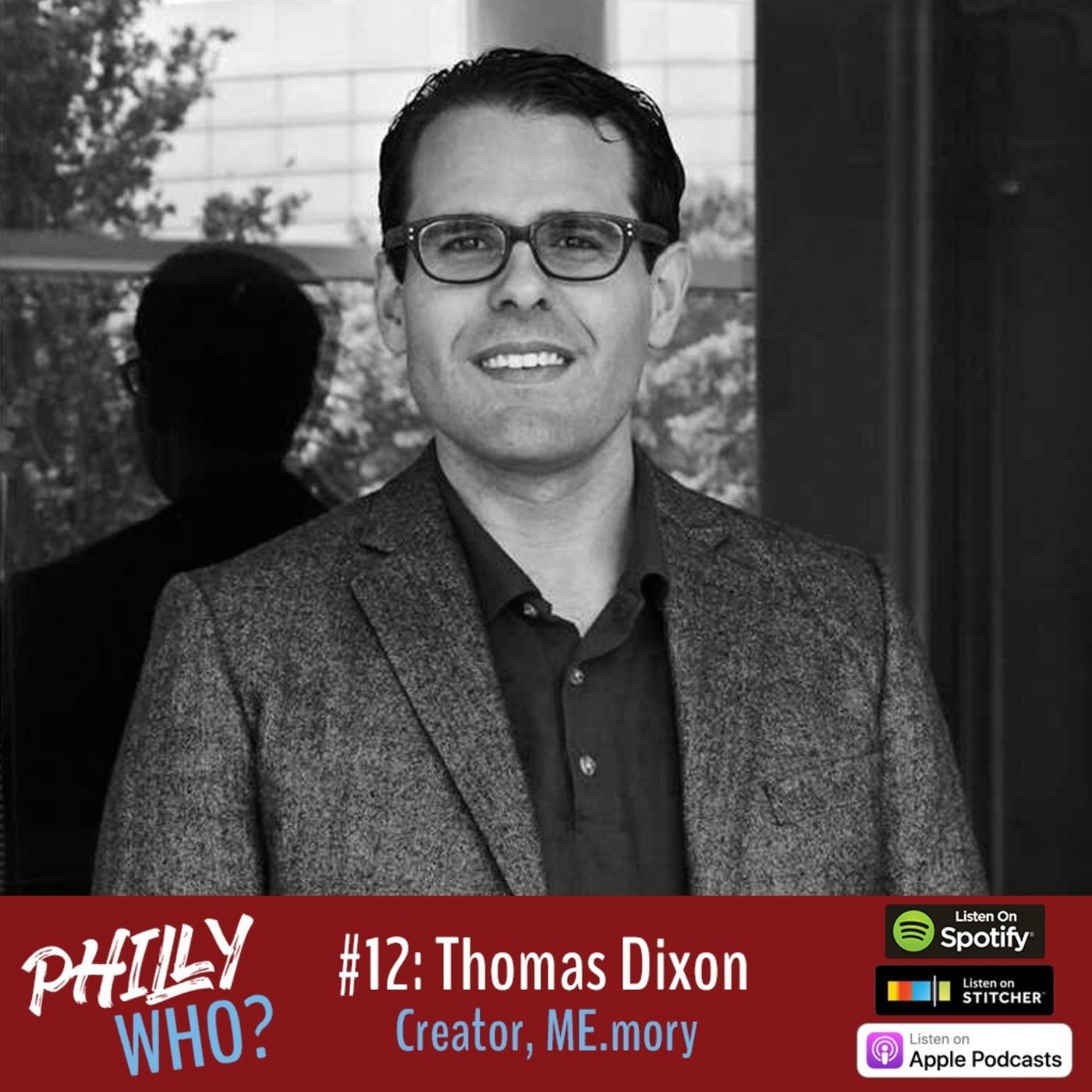 Thomas Dixon was born-and-raised in Philadelphia, and would go on to receive a bachelors degree in Psychology with a minor in Neuroscience at Ursinus. One day in 2010 , while he was working at CHOP towards becoming a Youth Psychiatrist, an unexpected accident would change his life forever.

Thomas would suffer a brain injury and develop Episodic Memory Loss, meaning that he could no longer reliably remember specific details of things that happened before a given day. He originally turned to Twitter as a means to record things like what he did, who he saw, and how he felt each day, but soon enough, it was time for a bigger solution.

His app, ME.mory, has essentially become an external hard drive for his mind, and in this episode, you’ll hear how really, you could say that his memory is now better than ours.