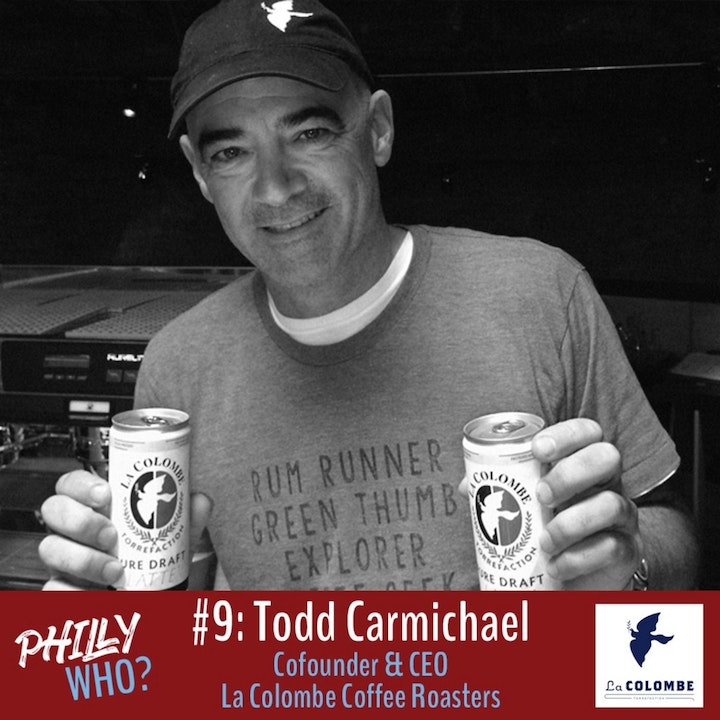 This is Part 2 of a two-episode series.

Todd Carmichael (IG: @todd_carmichael) is the Cofounder and CEO of La Colombe Coffee Roasters. He and his cofounder JP Iberti started the first La Colombe Cafe in Rittenhouse in 1994, and today it has 30 locations nationwide. Todd also invented the Canned Draft Latte, which took only 1 year to be found in 60% of all stores in the US.

Todd holds the world record for the fastest solo trek from the Antarctic coast to the South Pole, and he hosted Dangerous Grounds on The Travel Channel for three seasons.

In part 2 of this two-part episode, we hear stories of Todd's adventures sourcing coffee as the host of Travel Channel's Dangerous Grounds. We also dive into his recent invention of the Canned Draft Latte, and we get his perspective as an outspoken Philly-based CEO.